Adam Grant is the Wharton Class of 1965 Professor of Management and Psychology, and the bestselling author of 'Give & Take'. This is what he has recently written:
"Recently, someone I’ve never met introduced me in an email as “my good friend Adam.” A few days later, a virtual stranger who has emailed me a few times posted an article by “my friend Adam.” Then a student from a one-day workshop that I taught listed me as a job reference, and when asked to describe our relationship, wrote “professor and friend.” After I endorsed a book, a reporter referred to the author as “a friend of Adam’s,” when our interactions have consisted of a series of work emails and one phone call.
I like all of these people, but I wouldn’t describe any of them as my friends—I think that misrepresents how well we know each other and the kind of the bond between us. In the Facebook era, the boundaries on friendship have expanded dramatically. Someone recently called my brother-in-law a “dear friend” but didn’t bother to attend his wedding. Judging from recent friend requests, my friends apparently include a person who ignored me in grad school, a second cousin’s high school classmate, a colleague’s mentee, a peewee soccer teammate I vaguely remember, and some guy who sat at a table near me at a restaurant once.
If you want to avoid committing the faux pas of describing a colleague or an acquaintance as a friend, here are some rules for when it’s fair game to use the term:
1. You’ve actually met in person
From the caption of a famous New Yorker cartoon: “On the internet, nobody knows you’re a dog.” If you’ve only connected by email or phone, even if they are a real person, there’s no substitute for the trust that can be developed from meeting face-to-face.
2. You know embarrassing things about each other that don’t show up in a Google search
Studies consistently show that self-disclosure—opening up and making yourself vulnerable—is one of the strongest drivers of close relationships. My friends know that I have questionable taste in music, and refrain from dissing Bryan Adams. They accept the fact that I read the first Twilight book, cover to cover (my wife made me do it) and the rest of them (that was my doing).
3. You can call each other without scheduling a conversation
Unless the person in question is a head of state, if you have to get an appointment on someone’s calendar to talk, you haven’t cleared the friendship bar.
4. You never discuss the weather
When you ask a friend “How are you doing?” you don’t have to follow up with “No, really, how are you doing?” Friends don’t bother with small talk. They can go months without talking, and pick up as if they’ve never skipped a beat. They dive right into deep conversations about love, life, and that exasperating conclusion of Lost where nothing was resolved.
5. You help each other without keeping score
In professional relationships, I find that most people follow the norm of reciprocity: when we do someone a favor, we expect an equal one back. In friendships, the norm shifts from reciprocity to generosity. We focus on what our friends need, not what we can get back from them. Instead of keeping tallies of credits and debts, friends give whenever they can. As Jack Handey says, “If you wear a toupee, why not let your friends try it on for a while? Come on, we’re not going to hurt it.”
6. You’ve had meaningful experiences together
Men and women alike expect friendships to involve mutual activities and shared memories. If you’ve never gone to a movie or shopping together, played a sport or game together, attended a party together, or decorated someone’s car with shaving cream together, you’re probably not friends.
7. You give the critical feedback that we don’t want to hear, but need to hear
Friendships have what the organizational scholars Jane Dutton and Emily Heaphy call tensility—the carrying capacity to withstand criticism and bounce back from strain. “We wouldn’t want to assume that compassion is always gentle,” George Saunders observes. “A harsh truth can be compassionate… if a friend is wearing something ridiculous, you can say, ‘You look like an idiot,’ and maybe that will save him.”
If you’re reading this post on a social network, you’re probably not my friend. Because if you were my friend, you would know better than to read my content."
von | by Rainer + Kerstin am | at Tuesday, August 19, 2014 No comments: 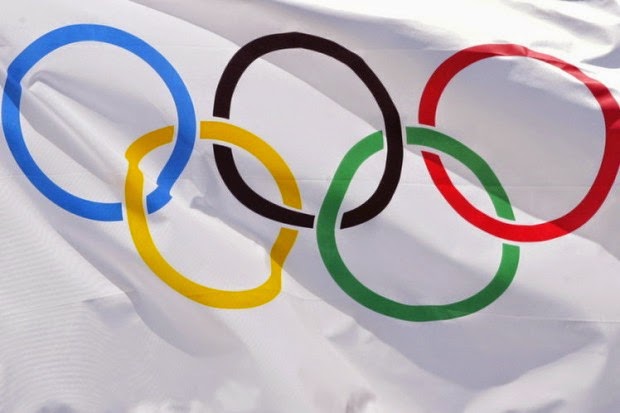 meanwhile, you probably all know what fulfills our hearts and by what passion the two of us are driven.
In a short while, this will be getting real and touchable again to experience live and in colour:

The next bootcamp 'Value' starting 24 September until 12 November will be on soon - if you and your spouse would like to get challenged for reaching the olympic level, get your team ticket which you can order from now on!

We are looking forward to your responses, sign-ups and attendance!